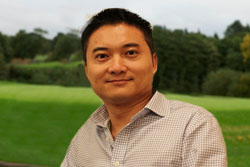 Gary is a Canadian Chartered Accountant. He received his Master in Accounting and Bachelor in Mathematics degrees from University of Waterloo, Ontario, Canada.

Gary started off his career as an auditor with KPMG in Toronto, Canada under the firm’s real estate practice. He then moved back to Hong Kong and joined Deloitte Hong Kong under their corporate advisory and transaction services practice. Through the various areas of service that Gary was involved in during his seven years with Deloitte, Gary has acquired the skills in effectively gaining insights into companies and identifying issues (including issues in cash flow, working capital, profitability, operational risks, etc.) through financial analysis and has been offering advice to mitigate issues and to improve operations accordingly.

Subsequent to Deloitte, Gary has taken on an investment position with Goldman Sachs’ Fixed Income Division, during which he broadened his knowledge in different industries across different countries in Asia. He later joined Creat Capital, the offshore investment arm of Creat Group, a Beijing based Chinese conglomerate, and helped the group established two joint venture private equity platforms with RIT Capital Partners plc. During his tenure with Creat, Gary has also assisted the Chairman of the group devising business strategies in the Chairman’s capacity as the board member of two listed companies.

We deliver a better service by using our 12 Box Architecture to review every area of your current company finance function, including current and future requirements. We dig deep at the start of a new client relationship with the aim of identifying problem areas and presenting each clearly to the client. This valuable approach can purge old issues and help you create a new road map, with a top quality part-time CFO to manage the implementation of the plan. We offer a first stage of this process to businesses at no cost, then the onus is firmly on us to demonstrate the value we offer.